Before explaining the importance and necessity of increasing use of air purifying equipment at home and at work and the efficient and effective operation of air purifying devices, we announce that since 2004, Dama Tajhiz Co. delivers purchase orders of a variety of air purifiers in Tehran in 2 to 4 hours by free shipping and in o...

Before explaining the importance and necessity of increasing use of air purifying equipment at home and at work and the efficient and effective operation of air purifying devices, we announce that since 2004, Dama Tajhiz Co. delivers purchase orders of a variety of air purifiers in Tehran in 2 to 4 hours by free shipping and in other cities for up to two business days (based on distance) with the most suitable prices.

The necessity of using air purifiers:

The most important air pollutants: 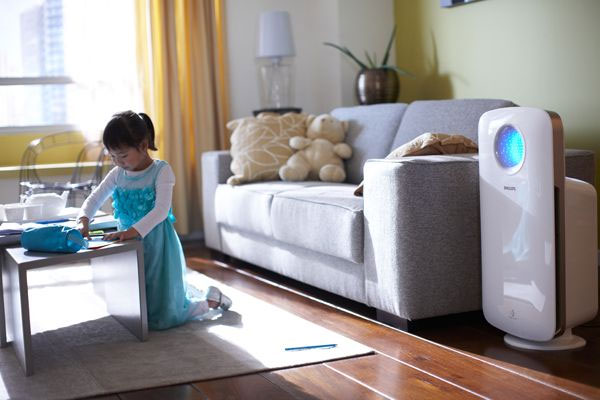 What should we do during air pollution?

When air pollution is increased to a certain degree, schools will be closed at all education levels. In this situation, it is strongly recommended to prevent children and old people from leaving the home to reduce the risk of death. 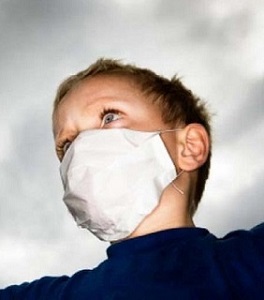 - It is suggested that you observe the following when schools are closed due to air pollution:

What masks should we use during air pollution?

Currently, the suspended particles with dimensions of 2.5 microns are a factor contributing to air pollution in Tehran city. One way to prevent these particles from entering the respiratory system is to use special masks. Masks with the American NIOSH and European EN149 standards are among those capable of filtering these particles.

Desktop air purifiers are presented in various brands with elegant designs, and small to medium size. These devices can easily be used at any point at home or workplace with good air circulation. 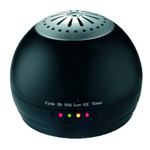 These devices are usually larger than other types and can be used at homes, offices, companies, and even medical and therapeutic centers. 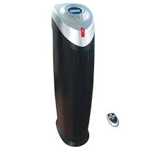 You can easily hang a portable air purifier around your neck. This device, which uses ion absorption technology, provides clean, oxygen-neutral and negative ion air for breathing in your surrounded environment (around the nose and mouth). This kind of air purifier helps people concerned about the air pollution to leave and do their daily routines confidently. 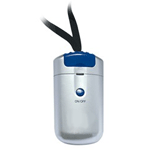 Since most streets are polluted, many people are reluctant to breathe air pollution in urban areas while in their car. Using a car air purifier is recommended to this group. This device is placed on the dashboard or the center console and is turned on by connecting to the car's cigarette lighter or with a stylus battery. By using the air purifier, you can safely drive to anywhere in the city and do your daily routines. The car air purifier should not be exposed to direct sunlight or heat. 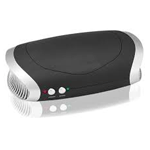 • As noted above, given the importance of breathing clean and healthy air as well as the presence of various contaminations including suspended particles, carbon black, and carbon dioxide gas and carbon monoxide gas in metropolises air, using air purifiers in homes and workplaces is not a choice but an inevitable necessity.

- Pre-filter: The pre-filter in domestic air purifiers is washable and can absorb tiny and larger particles such as lint, animal hairs, and suspended and allergen particles.

- Plasma Filter (ESP): This filter in has an electrical charge (static electricity) and can absorb airborne particulates. 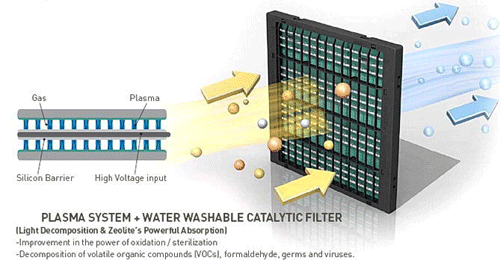 - Activated carbon filter: this filter is used in a variety of air purification devices including domestic ones. Because of having a high contact surface with harmful gases such as aldehyde, H2S and NH3, odors and chemical contaminants like cigarette smoke and smell, smells of chemicals and sprays, this filter can absorb them. Carbon is combined with oxygen and active carbon is releases. The presence of this material at the filter surface results in high levels of absorption. Active carbon filters are the best option for removing chemicals, gases and unpleasant odors released into the air due to their environmental compatibility. 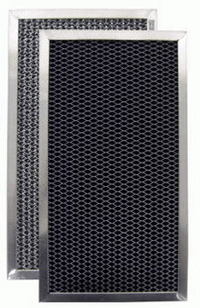 - HEPA filter: This filter that its name is derived from High-Efficiency Particular Arresting, absorbs more than 97.99% of the airborne particles and produces clean and fresh air. By passing the airflow through the HEPA filter, the suspended particles are trapped inside the filter. HEPA filter performance depends on its thickness and fibers. Due to absorbing viruses, bacteria, germs and particles smaller than 0.1 microns, as well as effectively filtering more than 0.97 of the air pollutants, HEPA filter is the most known filter to be used at homes, hospitals as well as surgery and sterilized rooms. 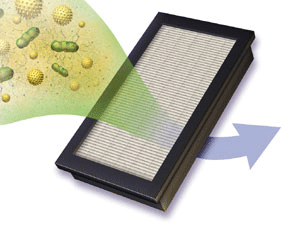 - Ultraviolet (UV) lamp: The UV lamp has a high disinfection effect due to its ultraviolet radiation and it destroys air microorganisms including bacteria, viruses and fungi. The UV lamp absorbs viruses up to 97.6% and can fordo bacteria effectively with a wavelength of 254 mm. 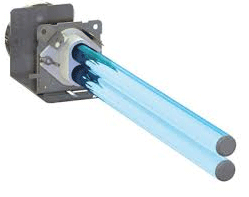 - HEGA filter: Titanium dioxide or optical catalyst filter (Tio2): This filter is made of the semiconductor titanium dioxide. The optical catalytic filter with the UV lamp is among the most advanced filters and is the best absorbent of gaseous pollutants and chemical vapors, such as benzene and gas contaminants (permeated from cars). This filter also prevents virus activation. 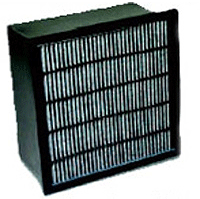 - Nano Plasma Filter: This filter, equipped with nanotechnology, has the capability to absorb allergic and soot particles. Nanoparticles are powerful ions consisted of water molecules with a long-term life which penetrate the fabric of curtains, furniture, and room corners to absorb allergenic particles and eliminate contaminants. Nanoparticles are produced by the liquidated moisture in the air and hence, no water source is needed for producing them in the air purifier. As a result, these particles are dispersed in the environment with the airflow after being produced by the generator. Although the Nano filter has notable advantages, it has significantly increased the price of air purifiers.

- Negative ion generator: Most pollutants and allergenic materials are positively charged in the air while negative ions have a negative charge. Hence, there is a magnetic traction among air suspended particles which causes the contaminants to stick together and to land due to their heavy weights before harming our health. It should be noted that if negative ions are not produced regular, these massive pollutants will return to the air. Another advantage of negative ions is to make the respiratory system fresh. The existence of a negative ion filter in a domestic air purifier makes the air soft and tender.

Selecting a domestic air purifier with a suitable capacity

When selecting a domestic air purifier for your home or office, in addition to attending the number of air filtration steps and the types of filters embedded in the device, the surface and dimensions of the main HEPA and active carbon filters absorbing particulate suspended particles, soot and other contaminants should also be considered since the larger the dimensions and surface of the air purifier, the more air the device can purify. These devices not only clean the air more efficiently, but the fans operate with less rotations, speeds, and noise due to suitable filters dimensions. So, if you desire your device to work with less noise and speed, use larger air purifies with bigger filters. 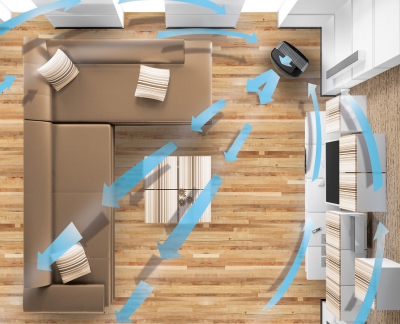 • An important point to ensure correct operation of the air purifier is to replace the filters timely. Due to the air cooling from late autumn, air inversion phenomenon, and the fall of trees leaves in December, natural air purification by the leaves of ceases until the end of the winter. Therefore, the best time to replace the filters of a domestic air purifier in cities such as Tehran, Isfahan and Arak is in early December (Nano filter does not need to be replaced annually). 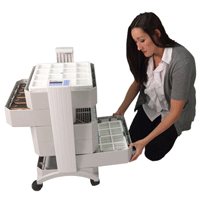 • Easy-to-carry and low-weight domestic air purifiers require a little space and consume low power. They turn the polluted air into a healthy and fresh one without producing a disturbing sound. In addition, most of the air purifiers are equipped with a timer and automatic rotation adjustment and let the consumer define different hours to turn them on and off during the day.

It should be noted that various types of air purifiers have no effect on cooling or warming the environment. Although the process of air purification is not observable, you can easily sense the air freshness in less than two weeks through checking the absorption and removal of suspended particles and other pollutants by Particle Counter test machine, improved health of the present people, as well as the accumulated contamination on the device filters.

This technology, which is the latest technology provided in air purifiers, uses thermal sterilization by a ceramic core and the capillary property of the microtunnels embedded in it (which is heated to 200 ° C). In this method, 99.9% of allergenic particles including bacteria, viruses, mites, fungi, molds, hair and dandruff are burned. When the ceramic core is heated, the contaminated air passes through the natural properties of airborne transfer from the inside of the ceramic core, and after the heat is taken, the clean and sterilization is released to the environment. TSS is not a filtration method, because instead of absorbing particles, it eliminates allergens and compared to other technologies, not only does not produce any harmful by-products, such as ozone and ion, but also reduces centralization of harmful ozone in the environment. Among the advantages of this method, the silence of the filtration process and the no need for filter replacement can be mentioned.

After all, if you had more questions to decide for buying different types of AIR PURIFIER, you can contact to DamaTajhiz company and ask your questions from sales consultant of water and air treatment department through this internal numbers: 107 - 117 – 119 – 120 – 126 - 317

On the Dama Tajhiz reference and store site, technical information and guaranteed prices for dozens of models of air purifiers, produced by authentic brands with original warranties are provided to help you to achieve the good sense of an optimal and smart purchase. 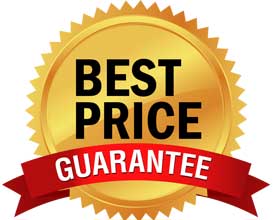