Water is the most important nutrient for the human body. An adult needs to drink over 2 litres (8 glasses) of water per day to compensate for the lost body water through sweating and respiration. However, it is not simply possible to use many water resources to meet this need. In fact, 99.7% of the Earth’s water supply, including seawater, glaciers, and atmosphere’s water content, is not usable by humans. The freshwater of rivers, lakes and underground waters can be only consumed by humans, but many freshwater resources are not suitable for human drinking. Many dangerous diseases such as cholera are caused by the use of water containing parasitic agents. Freshwater resources can contain large amounts of industrial wastewater and chemicals that are used in agriculture. They may be toxic and have adverse effects on the drinking water health; hence, humans need to access healthy freshwater resources.

In addition to the need for drinking water, humans also consume a large volume of water for other uses. Water can be used for domestic (e.g. cooking and washing), industrial, agricultural, and recreational purposes. Therefore, the quality of freshwater resources is very important in everyday life.

Saltwater is not suitable for human consumption, and water in glaciers and air vapour is not simply available for human consumption. Therefore, fresh water comprises only 3% of the world's water supply. A huge amount of this water (about 98.5%) can be also found under the ground as the underground water. Residual water resources such as rivers and lakes are known as surface waters. The use of surface or underground water varies from one region to another. In general, underground water is cleaner and requires less treatment.

Freshwater resources are not only made of the pure water, and the chemical composition of these resources indicates that the freshwater is available as a solution of water and particles. The freshwater solution includes:

Types and amounts of these contaminants depending on the water resource and the method used for its treatment. Some soluble particles such as oxygen are inevitable. Others like F- ionare useful particles that may even be added to water during the treatment process, but most of these soluble particles are hazardous to the drinking water health or make the freshwater undrinkable (likeCa2+ that is known as a water hardness factor that can cause sedimentation). These particles should be removed from the water, which is used for urban and drinking purposes, by the water purifier. 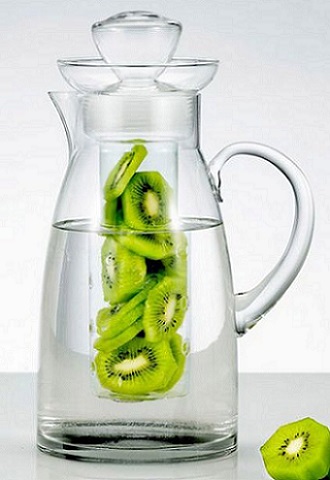 Most of the particles, which are produced by sedimentation reactions, are very tiny and cannot be separated from water by silting up. The use of a variety of sand filters is a way for the quick removal of these solids. Through this process, water with solid impurities passes through a porous substrate. This substrate is generally made of sand, and water passes through it due to gravity. Water molecules can pass through cavities into the sand, but solid impurities remain in this substrate. The extracted water from this filter does not contain solid impurities. Reverse rinsing and reverse water flow are used to rinse sand filters in urban and drinking water purifier units.