Solution cooling in the absorber and refrigerant distillation in the chiller-condenser make the use of cooling towers and its plumbing inevitable; however, if other sources of cold water supply are available, they can be used instead after making certain preparations. Examples of such water sources include deep well water with a constant temperature and river water.

There are different methods of controlling the tower’s water temperature, the easiest of which is to use thermostats for turning cooling tower fans on and off. In this method, the thermostat sensor measures the chiller’s inlet water temperature and if it’s low, sends a command to turn the fan off. 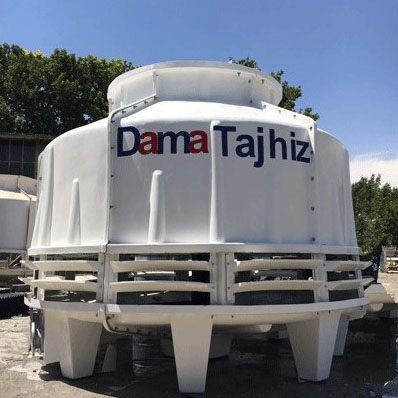 In metal cube towers that have several centrifugal fans, multi-stage thermostats can turn the fans on and off in stages according to various set temperatures.

In towers that have one large axial fan, the fan speed can be decreased, increased, or turned on and off using a speed drive.

In high capacity cooling towers that only have a single cooling fan, controlling the fan by continuously turning it on and off may cause problems. One such problem is the rapid increase in water temperature and the need to run the fan for a short time. In this case, the fan will be on for a longer time period and off for a shorter period.

Another method is to use three-way valves on the tower’s water inlet with a bypass line. In this method, some of the output water enters the input circuit, causing the temperature of the chiller input water to drop.

Sometimes, it’s necessary to use a hybrid method of fan and water temperature control with a three-way valve.

Another method is to use a speed drive on the path of the cooling tower pump and change the motor speed. In this method, the discharge flow will vary.

Pump and pipe size is determined by network discharge and pressure. According to ARI 560, cooling tower water discharge for single-effect absorption chillers and double effect direct-fired absorption chillers is 3.6 and 4 gal/m (gallons per minute) for every ton of refrigeration, respectively; but it’s better to precisely calculate the required discharge according to cooling tower inlet and outlet temperature differential and the cooling capacity of the chiller. Determining the pump pressure can be done simply by adding the length of the output and input, and adding the equivalent length of connections. Then, we multiply that figure by 2.5 and divide by 100 (due to the 2.5-foot dropper every 100 foot). Then, we add the cooling tower height from basin to nozzle and add the pressure drop caused by the condenser and the absorber. The equivalent length of the input line and connections can be determined by tripling the length of the output.

Cooling tower water vaporization continuously increases the tower’s water density and impurity, thereby increasing the circulating water’s hardness and causing sedimentation in the condenser and absorber pipes. In addition to causing pipe erosion, sedimentation also lowers heat transfer. Therefore, regular cooling tower water blowdown and replacement with softened water is essential. This process can be done automatically or manually. To do this, the blowdown valve and pipe should be attached to the tower basin or water suction pipe. 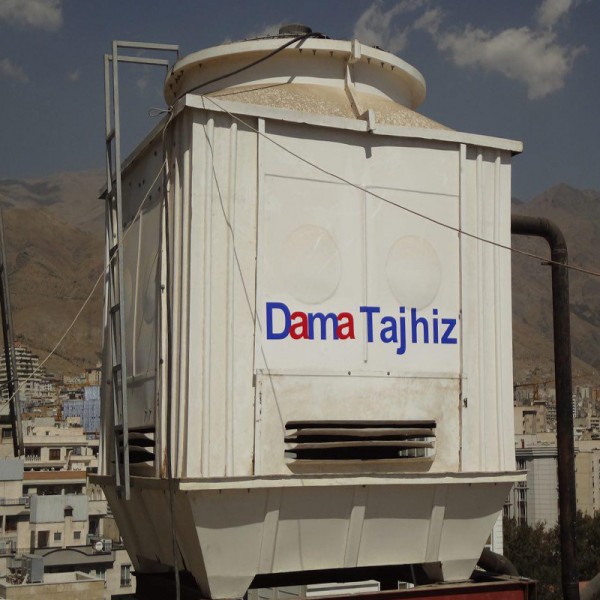