Differences Between Types Of Evaporative Coolers

If you are planning to purchase an Evaporative cooler, you are probably speculating whether you should select models with cellulose or excelsior pads? A comparison of the two can help you make a wiser decision to select the option that best fits your conditions. Continue reading the following for a complete guide on the differences between cellulose and excelsior-pad Evaporative coolers. 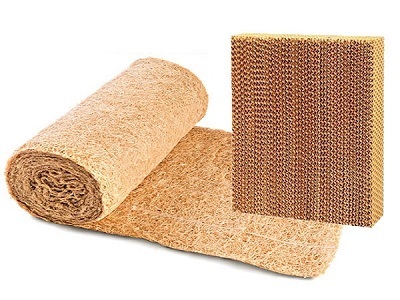 What are the differences between Evaporative coolers with cellulose and excelsior pads?

Given its heterogeneous, variable texture, excelsior deforms and gives way after a short while (a week or so) when soaked in water, making the pad denser at the bottom and thinner, or even empty, in the middle or on the top. The deformation results in the intrusion of hot outside air from the faded parts of the pad without being cooled down, bringing down the cooling efficiency by nearly 20%.

However, cellulose pads have a homogeneous and uniform structure that, unlike excelsior, spread water evenly without leaving some parts dry with others soaked, improving the cooling efficiency in comparison with regular Evaporative coolers. Further, cellulose pads are cohesive and will not break, thus preventing bacterial growth. Does the difference between Evaporative coolers with cellulose and excelsior pads end here? No!

The following must also be mentioned for a comprehensive comparison between the two.

-           No water accumulation in the refrigeration system

The cellulose pads prevent the accumulation of water inside the cooler, preventing damages to the motor as water spills downward.

The structure and unique form of cellulose pads help them retain hot air and keep it in contact with water, thus allowing for a better cooling performance than typical Evaporative coolers. The porous excelsior pad passes air easily, thus compromising the cooling efficiency. However, cellulose pads absorb dust and pollution and block them from contaminating the air.

In the summer, granted a relative humidity (RH) of below 15%, cellulose pads can bring down the output air temperature by up to 15 °C. Improved cooling translates into lower energy consumption, lowering energy costs.

Excelsior pads must be replaced at least annually, whereas the average cellulose pad lasts for three to five years.

Cellulose pads can be washed easily without losing their shape or functionality.

After cooling the ambient air evenly, cellulose coolers supply it to the air-conditioned room. Meanwhile, the typical, excelsior Evaporative cooler can only cool down the air passing through the excelsior-filled parts of the pad and suffers from a 20% loss of efficiency as a result of hot air coming in from the faded parts.

Unlike split AC units, toxic gases such as CFO and HFC are not used in the cellulose Evaporative cooler, making it an environmentally-friendly option.

Did you know cellulose pads also serve as air purification filters? The continuous pads absorb much of the dust and particulates in the air with no additional cost, providing a clean space.

Unlike excelsior, cellulose pads do not cause allergies and facilitate respiration by supplying clean air.